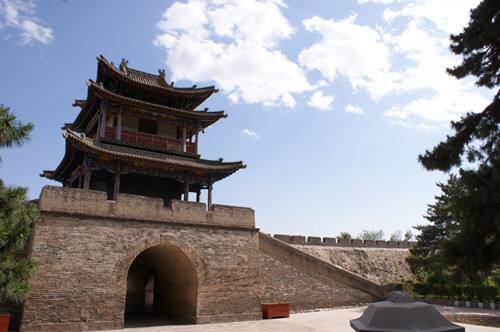 The Yellow River,cradle of the Chinese Nationality, runs through the area of Baotou let massive culture legacies of ancient human. There were more than 10 places of ancient legacies discovered in Baotou. An ancient village of Neolithic Age and lots of historic relicswere discovered in Gexigaigou in Donghe District.

From the period of Waring State to Tang Dynasty,there were several ancient cities built inBaotou.The earliestone is Jiuyuan City built by King Wuling of Zhao in BC 306, and then itwas renamed into Jiuyuan County in BC 221 in Qin dynasty.In BC 433,the Xianbei tribewho founded Northern Wei Dynasty built Huaishuo Town.Afterward these ancient cities wereabolished one after another with the time went by.

During Five Dynasties period,Baotou had been ruled by Liao Dynasty,and Yuneiprovince was built and remained to Jin Dynasty and Yuan Dynasty.In the early yearsof Yuan Dynasty,smelting,textile and porcelain industries were striving in Baotouand the emergence of commodity made commercial activities flourish. Later, Mongolian tribes entered into Hetao area in succession, which formed Baotou being as the nomadic place for Tumote tribe.

In the 5th year of the reign of Emperor Qianlong(1741A.D.), Salaqi was built and assistant Tongpan(an official under county magistrate who administers lawsuit,etc) was set up which was the earliest legislative system in Baotou.Around 1870, Baotou constructed walls and opened city gates in east, south, west, northeast and northwest, which shaped the modern city of Baotou. A railway from Beijing was constructed in 1923 and the city began spurring some industrial sites. In 1931, Baotou Electric Light&Flour Company and Yongmaoyuan Licorice Firm were started up, which marks the beginning of modern industry of Baotou. A German-Chinese joint-venture constructed the Baotou Airport in 1934 and opened a weekly route connecting Baotou with Ningxia and Lanzhou.

Baotou is also a city with glorious history of revolution. The elder proletarian revolutionist, such as Wang Ruofei and Wulanfu, led the underground fight during revolution. During the anti-Japanese War, the people of all races in Baotou had waged arduous struggles in fighting against Japanese army under the leadership of Communist Party.

On September 19,1949, after the“9·19 Rebellion", Baotou was peacefully liberated.The People's Government of Baotou was formed in February 1950. In the early years of socialist construction, Baotou served as an industrial center with a significant portion of its economy coming from its steel production.The Iron and Steel Base inBaotou,one of the "156 projects",was constructed with the help of Soviet Union for developing China's national economy in the 1950s and 1960s, which remains itsreputation until today.