The enthusiastic team from Qingshan district of Baotou gives a rousing performance at the launch ceremony for Baotou city’s month-long series of health-themed activities, on April 19. Baotou city was selected as one of the country’s 38 pilot cities for health promotion in 2016 -- the only city in Inner Mongolia to be included on the list. It put forward the concept of “Healthy Baotou” in 2008 and Nov 20 is Healthy Baotou Day. [Photo/Baotou Daily] 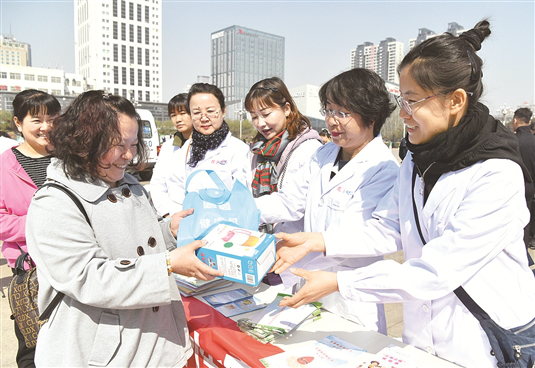 Health packs are handed out to residents free of charge at the launch ceremony, on April 19. The health pack includes health knowledge booklets. Baotou has been promoting the development of its health sector, by making efforts at environmental protection, improving healthcare and promoting residents’ awareness of health and fitness. [Photo/Baotou Daily] 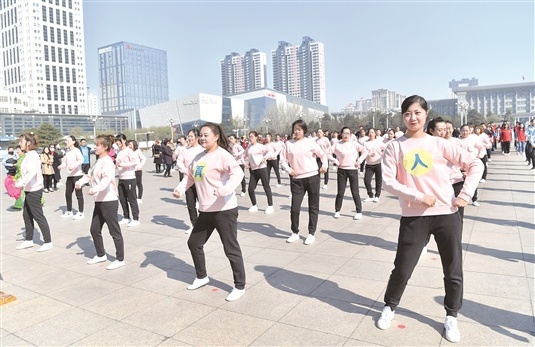 It’s all hands on deck, as the delegation from Donghe district gives a performance at the launch ceremony, on April 19. [Photo/Baotou Daily] 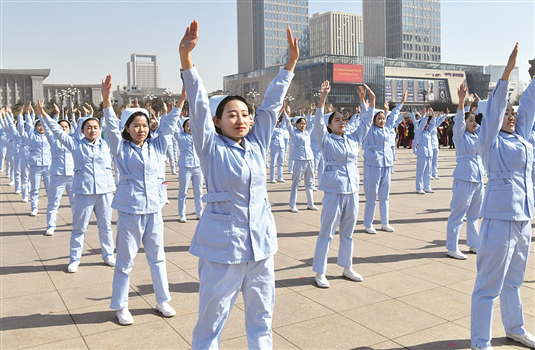