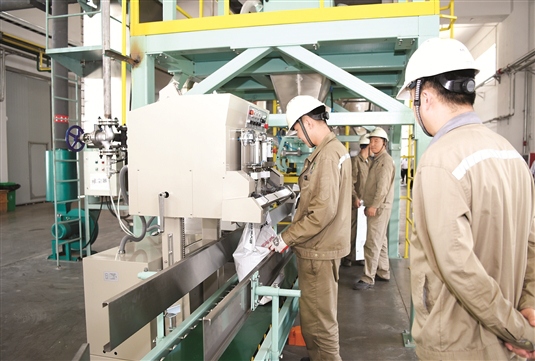 The first domestic Chinese production plant for polyglycolic acid, or PGA -- the biodegradable industrial thermoplastic used in a wide range of applications in a number of industries -- started operating in Baotou city, in Inner Mongolia autonomous region, according to local media reports.

The project's first phase was funded by Inner Mongolia Pujing Polymer Material Technology Co, which will now move on to build the second phase -- with the project costing a total of 550 million yuan ($79.15 million).

PGA is a synthetic polymer material with good biodegradability and biocompatibility.

Unlike traditional polymers with a stable performance -- such as plastics and rubber -- PGA will gradually degrade after a certain period of use and eventually reduce to become water and carbon dioxide harmless to humans, animals, plants and the natural environment.

After being processed, the products from the plant can be transformed into biodegradable shopping bags, beverage bottles and tableware such as knives, forks and straws.

As opposed to conventional plastics, these products are completely biodegradable under natural conditions, which will greatly improve the treatment of plastic pollution in the region and make a positive contribution to its environmental protection and high-quality economic development.