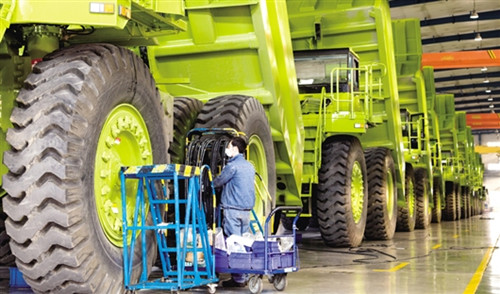 China's high-end equipment manufacturing industry, represented by NHL, is winning recognition in the global market. The delivery of the electric mining truck will be the first time that China's high-end construction machinery has been exported to the Australian mining market. A ceremony is held to celebrate the delivery of the NTE360A electric mining vehicle on Aug 20. [Photo/Baotou Daily]

The Baotou-produced mining trucks will be used to develop and construct coal mines in the Australian state of New South Wales. The mining trucks currently being used by the Australian coal producer are European, American and Japanese brands. The NTE360A electric vehicle will be the first Chinese brand used.