Baotou selected as water-saving city of 2020 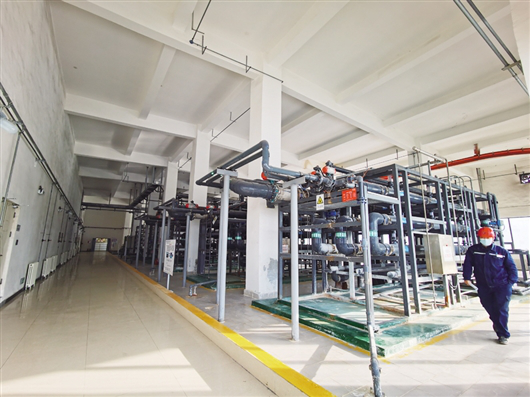 Baotou, a city in North China's Inner Mongolia autonomous region, was selected as one of the water-saving cities of 2020 by the Ministry of Housing and Urban-Rural Development, as well as the National Development and Reform Commission. It has become the first city in the autonomous region to be granted the honor.

The honor, which demonstrates the highest level of recognition of a city's contributions in reasonably distributing and utilizing water resources through scientific prediction and management, was hard won. Given that Baotou is a city with a history of severe water shortages, local authorities have prioritized several water-efficient programs to tackle the problem.

Wang Peng, deputy director of the Office of Water Resource Management in Baotou, said that the social and economic significance of the title exceeds the honor that it brings. "The recycle rate of industrial water in Baotou has reached 94.91 percent, which ranks among the highest over the nation," he added.

The efforts taken by the government has been matched by the self-discipline of enterprises, which is exemplified by the Baotou Branch of Huadian Inner Mongolia Co. As the biggest power plant of the city, the company uses reclaimed water for production. Specific targets on water-saving amounts are set up on a yearly, monthly, and daily basis. High salinity wastewater produced by the company will be purified before being recycled. An estimated 660,000 metric tons of polluted water can be processed through this procedure.

The city has also put water-efficient infrastructure in place. The Eighth Kindergarten of Baogang Group, for example, has been facilitated with over 400 water economizers. In addition, both school faculty members and kids are encouraged to save as much water as possible.