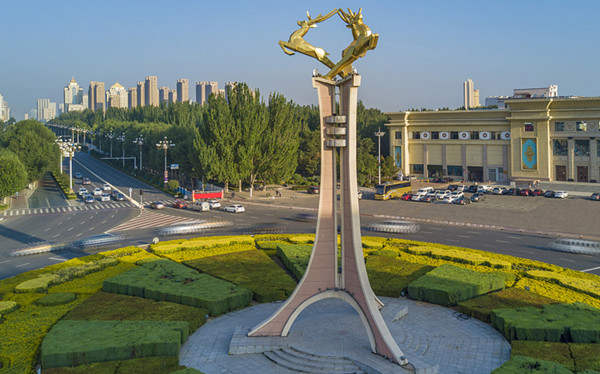 The first three spots were taken by Beijing, Shanghai and Shenzhen in South China's Guangdong province.

Along with Baotou, two other cities in Inner Mongolia made the list: Hohhot, ranking 59th, and Ordos, ranking 40th.

Formerly known as the Shanghai Institute of Economic Development Research, the Warton Economic Institute was founded in 1988 with the approval of the Shanghai municipal government as the first comprehensive research institute focusing on macroeconomics, regional economics and business development.

The Warton Economic Institute has organized and compiled the annual list of China's top 100 cities for seven consecutive years, since 2015.

Cities were selected with consideration of their GDP, household savings, scientific development, education, culture, healthcare and environmental protection outcomes. All the data came from the National Bureau of Statistics.

Baotou city reported steady economic growth in 2020, despite the severe impact of the COVID-19 pandemic.

The regional gross domestic product for the year hit 278.74 billion yuan, an increase of 3.0 percent over the previous year at comparable prices.