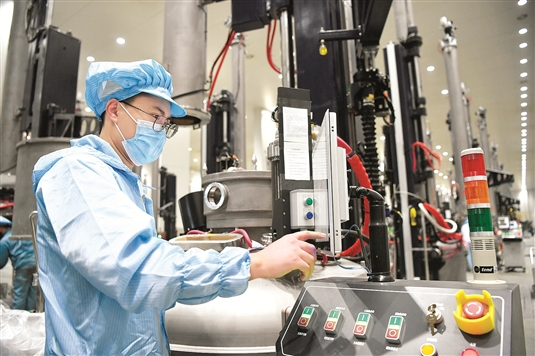 As of August 31, 83.4 billion yuan had been spent, a year-on-year increase of 22.2 percentage points. The main procedures for the 715 projects have all been completed.

Driven by the projects, Baotou's regional GDP increased by 15.7 percent year-on-year in the first half of the current year. The added value of industrial enterprises above a designated size increased by 17.6 percent, and fixed asset investment increased by 54 percent, ranking first in the autonomous region.

One of the major projects is the second phase of the high-efficiency monocrystalline silicon project developed by Baotou Meike Silicon Energy Co.

The project is a chain extension project for the silicon industry in Baotou, with a total investment of 3.9 billion yuan.

The first phase of the project is fully operational, and after the second phase is put into operation at the end of the year, the company will have an annual production capacity of 15GW monocrystalline silicon rods.